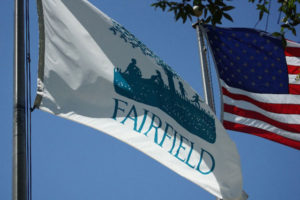 The District was created to construct and operate all major drainage and channel improvements necessary to serve the land within the boundaries of the District. Although the District has the legal authority to provide water supply and distribution, wastewater collection and treatment and other storm drainage facilities, it is not presently anticipated by the District that such powers will be exercised. Instead, MUD 322, MUD 354, MUD 358, and MUD 397 have been created within the boundaries of the District to provide internal water distribution and wastewater collection services to the land located within their respective boundaries as well as internal storm drainage facilities connecting with the channels constructed by the District. In addition, MUD 358 (the “Regional District”), in its capacity as regional district will provide major water supply, wastewater treatment and detention facilities to serve the development within the District.

Outfall drainage for the developed land within the District is provided primarily by Channel A, Channel C and Channel D. Channel A is the major outfall channel and has been constructed from its confluence with Cypress Creek to a point approximately 3.3 miles upstream of U.S. Highway 290. All existing channels have been constructed to their expected ultimate size.
Channel A is part of the Harris County Flood Control District system and the District must follow its requirements when mowing or otherwise maintaining the channel. Harris County Flood Control District pays the District to mow the channel 9 times a year. The Board feels this is inadequate and has contracted with its channel maintenance company, Stuckey’s, LLC, to mow more frequently. Stuckey’s also maintains the growth of grass on the side slopes, which is important to reduce erosion, repairs sinkholes and removes debris from the channels.

In conjunction with many volunteers, the District constructed the Bretagne statue at the entrance of Fairfield in a park reserve adjacent to the Cy-Fair Volunteer Fire Department station. The statue honors Bretagne, a golden retriever who lived in Fairfield, and all first responders. Bretagne was the last surviving 9/11 rescue dog, a member of the Cy-Fair Volunteer Fire Department and Texas Task Force One, and a “reading dog” at Roberts Road Elementary.

Meetings are currently being held via teleconference, with meeting details appearing on the Agenda.